On this blog, we talk a lot about how to market your sports team online. We have plenty of articles on different topics, such as:

And there is plenty more where that came from.

However, we are far from the first ones to address this issue. Sports marketing is not a new field but one that has existed for decades. In those years, we have seen a lot of marketing campaigns and experiments. People have constantly pushed the envelope and come up with new and great stuff all the time.

Ready to be inspired? Then let’s get going.

Sports Marketing Examples That Will Make You Say Wow

Below are examples of some of the best online marketing campaigns in the real of sports that we could find.

Our first contender is not promoting a specific team, club or sport but being active in general. The English Sports Council is tasked with addressing health issues such as obesity in the UK through athletic activities.

At some point, they discovered that a lot more men than women participated in sports (two million more to be exact). Their research also showed that the reason for that was fear of being judged both for appearance and ability.

To address this, the council launched their campaign in 2015 with the video below:

By now, additional videos have come out that you can find on the official YouTube channel. Plus, the campaign is accompanied by the above-mentioned hashtag.

What’s special about it is the positive message. Instead of super fit athletes, the videos show everyday women doing their routines. The goal is to motivate others to do the same.

The original video was viewed more than 8 million times and responses were shared widely on social networks. In addition to that, the hashtag is still going strong two years later. Most importantly, however, millions of women have started participating in sports because of the campaign.

This highlights the importance of creativity, knowing your target audience (for example, through market research) and producing high-quality videos to promote your cause.

The betting website Betfair promoted themselves by giving out £20 vouchers to participants of the London Marathon 2016. Runners could use the free money to bet on themselves and their target finish time.

If they beat the time, their winnings were given to a charity of their choice. All “losses” went to Cancer Research UK. A true win win situation, if you ask me. With a concept that brilliant, runners had no reason not to participate.

As a consequence, it’s no wonder the campaign resulted in thousands of pounds going to good causes. At the same time, it also greatly increased the popularity of the betting portal. No surprise then, that it has been repeated several times.

While not really marketing anything but themselves, Google did wonders during the 2014 football world cup. Not only did their homepage display daily doodles but fans could also find loads of relevant content.

Match results, lineups, live scores, tables and video highlights all showed up right in the search engine. Hell, you could even use StreetView to take a look inside the stadiums.

While not officially working with FIFA, the search engine did a great job providing excellent service to football fans around the world, making itself and the event a lot more accessible and popular.

Zlatan Ibrahimovic is a legend of the football world, especially in his home country Sweden, where he is somewhat of a national hero.

Nike used his infamous ego to promote a Zlatan-themed clothing line on Twitter with a hilarious Q&A session. Working with an ad agency, fans who asked questions to the football player got some truly comedic responses like the ones below.

Awesome right? There’s more where that came from. Real Madrid is one of the biggest brands in soccer and present on the web in almost any possible form. In 2015 the team also launched their own SnapChat account as one of the first clubs in Europe.

With great success. In just three months, they managed to gain almost half a million subscribers and 185 million impressions for one of their stories. Unfortunately, Snapchat is a mobile-only app (for now) so we can’t show you anything that is going on inside their account.

Oakland Athletics is the team that was featured in the film Moneyball. They are known for their work ethic, scrappiness and resourcefulness.

To stress their roots as a working-class team, the team launched the Green Collar Baseball marketing campaign. It highlights the character of the team and uses a lot of humor as you can see in the example below.

The campaign was especially well received by the fans who really incorporated it into their lives. For example, in one video the punch line of player Yoenis Cespedes is “I see the ball, I hit the ball”. This resonated so well with fans that they started chanting it inside the stadium.

With success like that, it’s no wonder that the campaign won many awards and continues to be successful to this day.

This is a social media campaign by the Chicago Blackhawks. It was very successful and aimed to foster more connection between players and fans while making a difference in the community.

For the campaign, they asked players and fans to post their goals and mark it with the hashtag. The best part: a number of fans who did so had their goals fulfilled and documented.

In other examples Blackhawk players went babysitting or came by as a birthday surprise. There was even a group of senior citizens who got to play hockey in their retirement home in full attire.

The campaign was really well done, created a strong bond between team and fans and at the same time awesome material for marketing outlets.

Orlando City FC joined major league soccer in 2015. They needed to find a supporter base, which is especially hard in the United States (aka “non-soccer country”).

Yet, the club found a creative way to put themselves on the map by organizing a scavenger hunt. For that, they first hid tickets for upcoming games around the city. After that, they posted clues about where to find them on Twitter, Instagram and Periscope. The latter was also used to show winners’ reactions and keep followers up to date. By using existing tools, the campaign proved to be simple, cheap and effective.

Here we have a sports marketing campaign by Procter and Gamble for the 2012 Summer Olympics. Their video showed flashbacks of Olympic athletes from around the world and the impact their mothers had on their career and becoming the people they are today.

The campaign made a comeback in 2016 and you can see its video below. It’s definitely worth a look, but be prepared to choke up slightly.

The best part about the video is that it includes a clickable link to a web page where viewers can send thank-you notes to their own mothers. Genius idea!

Feeling inspired yet? It’s pretty cool to see the things others are coming up with, right? Now, after looking at the above, let’s see what we can learn for our own sports marketing campaigns.

It Pays to Be Creative

Of the most successful campaigns, many were those that were thinking outside the box. From atypical models over creative betting ideas to scavenger hunts – a lot of good can happen if you are willing to push the boundaries.

It’s also important to note that this doesn’t have to be expensive. There are lots of tools out there that can be used for free. Which brings us to the next point.

Use All the Tools at Your Disposal

What stands out above is that pretty much every campaigns above had no limit in terms of which medium they used. All of them employed a combination of different platforms, from videos to social media. By doing so, you can more easily engage people across many platforms and spheres. And that can never be a bad thing.

Create Your Own Hashtag

While we are talking about tools, hashtags deserve a special mention. Almost every example above used their own hashtag to get people to engage and spread the word. This is a great and cheap tool and the use of hashtags is already widely adopted.

Finally, the most important thing is that you find a way to engage with people. What carries campaigns are the participants. How you do it doesn’t have to be sophisticated, as long as you reach them and get them to chime in.

As with everything on the web, this requires that you make it all about the end user. The more you can engage them emotionally, the better you will fare. Hashtags are just the beginning for that.

Creating successful sports marketing campaigns is a lot of work. Much goes into promotion across many areas, media and more. Luckily, there is also already a lot of great stuff out there that we can draw on.

The examples above have shown that it’s possible to create sports marketing ideas for many different disciplines, causes and areas – from general fitness, sports betting, football, the Olympics and more.

By paying attention to what makes these campaigns successful, you can learn to emulate what they do right and use it for your own marketing. This gives you a great place to start from and build on. We hope to find your campaign online soon!

Need a website for your sports team or organization? Our SportsPress plugin has everything you need for that and is free, too! Apart from that, make sure to check out our blog for more exciting articles on how to market sports teams online. 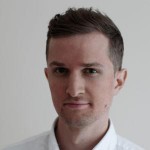 Nick Schäferhoff is an entrepreneur, online marketer and resident blogger at ThemeBoy. When not helping others with their content marketing and online business, he can most often be found at the gym, the dojo or traveling the world with his wife. You can get in touch with him via Twitter or through his website. 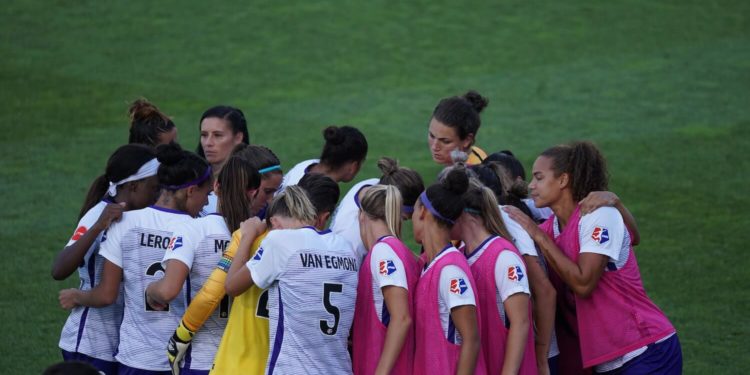