SportsPress 2.5 Update With Officials and Player of the Match We’re excited to announce that SportsPress 2.5 has been released! With the help of our amazing community, we were able to make this our fourth major update of the year, following the development roadmap of WordPress itself.

In this article, I’ll outline the key features in this version. We’ve introduced a new Officials module, a Player of the Match feature, a Box Score Importer, and New Performance Icons. Read on to learn more!

This new module can be enabled from the SportsPress Modules page in the dashboard, and adds a new post type called Officials alongside Players and Staff. By adding officials and duties, you’ll be able to assign and display them within matches. Each event will contain a section where you can select one or more officials to assign to each duty. This feature is useful for keeping track of referees, umpires, judges, timekeepers, and other officials that were involved in each match.

Visitors will see a new section on the event page that shows the officials from that match and their appointed duties. Choose whether to display officials as a table or list.

You can even reorder the template to display officials in the main section or in a separate tab within matches.

Player of the Match

A new Awards setting has been added to the Box Score section within Event Settings. Stars can be displayed as icons or with a number with several modes to choose from. Checkboxes will be available to select players to highlight from each match, and selected players will receive a star next to their name.

An input will be available to enter the number of stars to display next to each player. Players will be displayed with stars next to their name.

The number of stars will be displayed as a single star overlapped with a number. This feature can be used to display Player of the Match, Three Stars, or Best and Fairest, depending on your sport.

Due to popular request, a new importer has been added which will allow you to update existing events. When editing an event, you’ll notice a new Import button above each team’s player performance in the Box Score section.

Clicking this button for your team will bring you to a page where you can upload the box score for that team and continue on to import those scores.

This update introduces additional icon choices that can be assigned to each Player Performance. You’ll find the new icons by editing a variable and scrolling down to the Icon section.

As a side note, a glitch with the custom image uploader has also been fixed in this update.

SportsPress Pro has also received a major update, which introduces additional features to those above. Group Stages can now be added to tournaments, and sponsors can be filtered by Sponsorship Level, allowing for more robust sports club and league websites for those looking to go the extra mile.

A new Groups section has been added to Tournaments, where you’ll find the group stages of that particular tournament. From this section, group stages can be added to the tournament quickly and easily by linking with League Tables.

This new feature creates a hassle-free solution to manage them from a central page. The added groups will be displayed in one or two columns depending on the number of groups. Ever wanted to separate where different sponsors appear, based on their contribution? This new feature allows you to define Levels and add sponsors to their corresponding level, then display only the sponsors from a specific level within each widget. The Sponsors widget now contains a new option where you can filter the sponsors by their level, so you can choose when and where to display their logos on your site.

P.S. Want to get involved with discussion and development of future updates to SportsPress and SportsPress Pro? Join our Slack community for weekly #sportspress meetings! 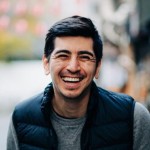 Brian is the lead developer and co-founder of ThemeBoy, a Melbourne-based studio focused on developing themes and plugins for sports. When he's not coding, Brian spends his time perfecting latte art, obsessing over mechanical keyboards, and rocking out on his drum kit. Find him on Twitter!

9 Qualities of a Good Sports Coach Top 8 Features Sports Websites Should Have