It’s officially been 3 years since we launched themeboy.com and sold our very first Football Club WordPress theme! The timing couldn’t be any better as our team is here in Sydney, enjoying all the great talks at WordCamp.

Yesterday, our lead developer Brian gave a talk about WordPress Theme & Plugin Localisation. For those of you who missed WordCamp Sydney, you can watch it on WordPress.TV where Brian tells the story of how localisation became an important part of our business.

Here’s a slide from his presentation:

Now before you start asking questions about how this beautiful Scandinavian country has anything to do with ThemeBoy’s 3rd Birthday, keep on reading.

In early September 2011, we had a coming soon page on themeboy.com announcing our new Football Club WordPress theme. We didn’t think anyone cared or would buy our theme so we quietly sat on it with hopes of releasing it by the end of the year. A couple weeks later, we received an email from a Norwegian footballer asking when we would be releasing the theme as he was eager to use it for his soccer team. Brian and I were elated that someone had been following our twitter updates and quickly decided, you know what, let’s just release this damn thing and see what happens! The next day, we launched themeboy.com, released Football Club 1.0 and had our first sale from Norway. The following day, we received an unexpected email from our first customer with an attachment of a Norwegian translation of Football Club. How awesome is that? We were ecstatic, to say the least, and thanks to this footballer, we realised how many teams around the world could benefit from our software. And thus, our localisation obsession began.

Earlier this year we released our flagship plugin, SportsPress, which is now the #1 sports plugin on WordPress repository! Sports is a universal language, loved and played by people all over the world, which is why we put a strong emphasis in making our plugin accessible to as many people as we possibly can in their native languages. SportsPress is now translated in over 50 languages and is widely used around the world.  And how do we have so many translations? Glad you asked! It’s because we have a wonderful team of translators behind this open-source project and you can be a part of it too!

It’s quite humbling to look back at how far our little development studio has come over the past 3 years. Through the good and the not-so-pleasant days, we’ve learned a lot along the way and look forward to many more years of developing WordPress tools for the sports community. Thank you to all of the great feedback and support, you guys are awesome! 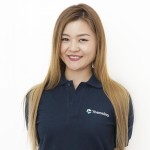 Hi! I’m Ayla, a Tokyo native who has relocated to the beautiful city of Melbourne, Australia. I’m one of the co-founders here at ThemeBoy, where I spend my days helping people use our products to make really cool sports websites using WordPress. I have a passion for entrepreneurship, startups, and tech. When I’m not in front of the computer, I love exploring new places, going out with my two dogs, and hand-lettering. Come say hello over on Instagram or Twitter! How to Become a Professional Soccer Player 8 Ways to Make it Easier to Manage Your Sports Club How to Start Your Own Sports Team